In short: despite some murky weather, this remains a lovely walk with watery views across lakes and the canal. Functional, clean public toilets at start and finish; plenty of free parking and a lovely cafe for a delicious lunch at the end. 1 hr 50 mins walking + 45 mins pitstop. 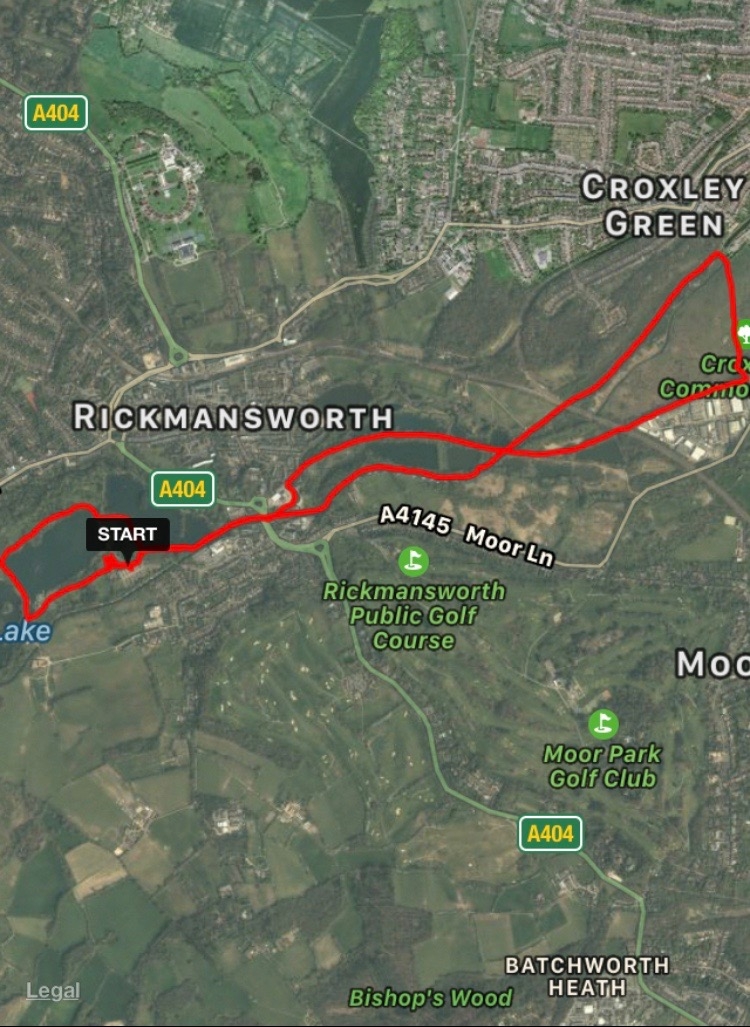 We first did this walk in April of last year – and very lovely it was then. Unfortunately on a grey and slightly miserable day, with bursts of real rain, the photos don’t do justice to this stunning area. We park at the large free car park of the Rickmansworth Aquadrome, postcode WD3 1NB and make use of the public toilets – metal (weird as ever) – but clean and all working.

Leaving the cafe/toilets complex we turn right (left if coming from the car park) onto the paved cycle path that circles Bury Lake – keeping the lake on our right. We pass the sailing club, and turn right onto the perimeter path which here runs between Bury Lake and the next lake along; Stocker’s Lake. We turn right at the next ‘corner’ and right again to pick up the path now running between Bury and Batchworth Lakes. 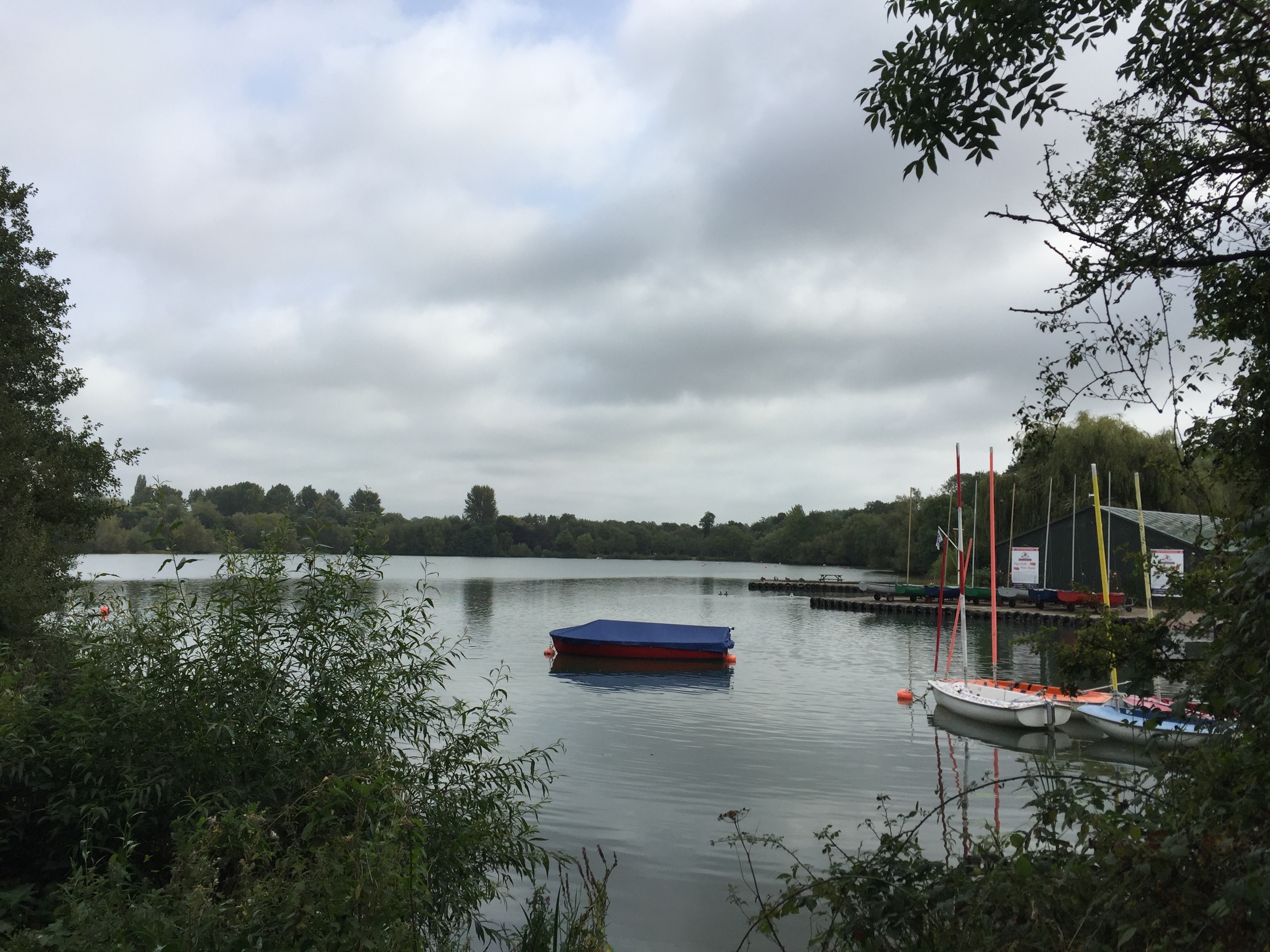 At a junction of paths we take a sharp left and are immediately thwarted from taking the full perimeter path around Batchworth Lake as there is repair work going on on the path and so it’s closed. We take the path bearing right instead and follow the lake along it’s southern edge. 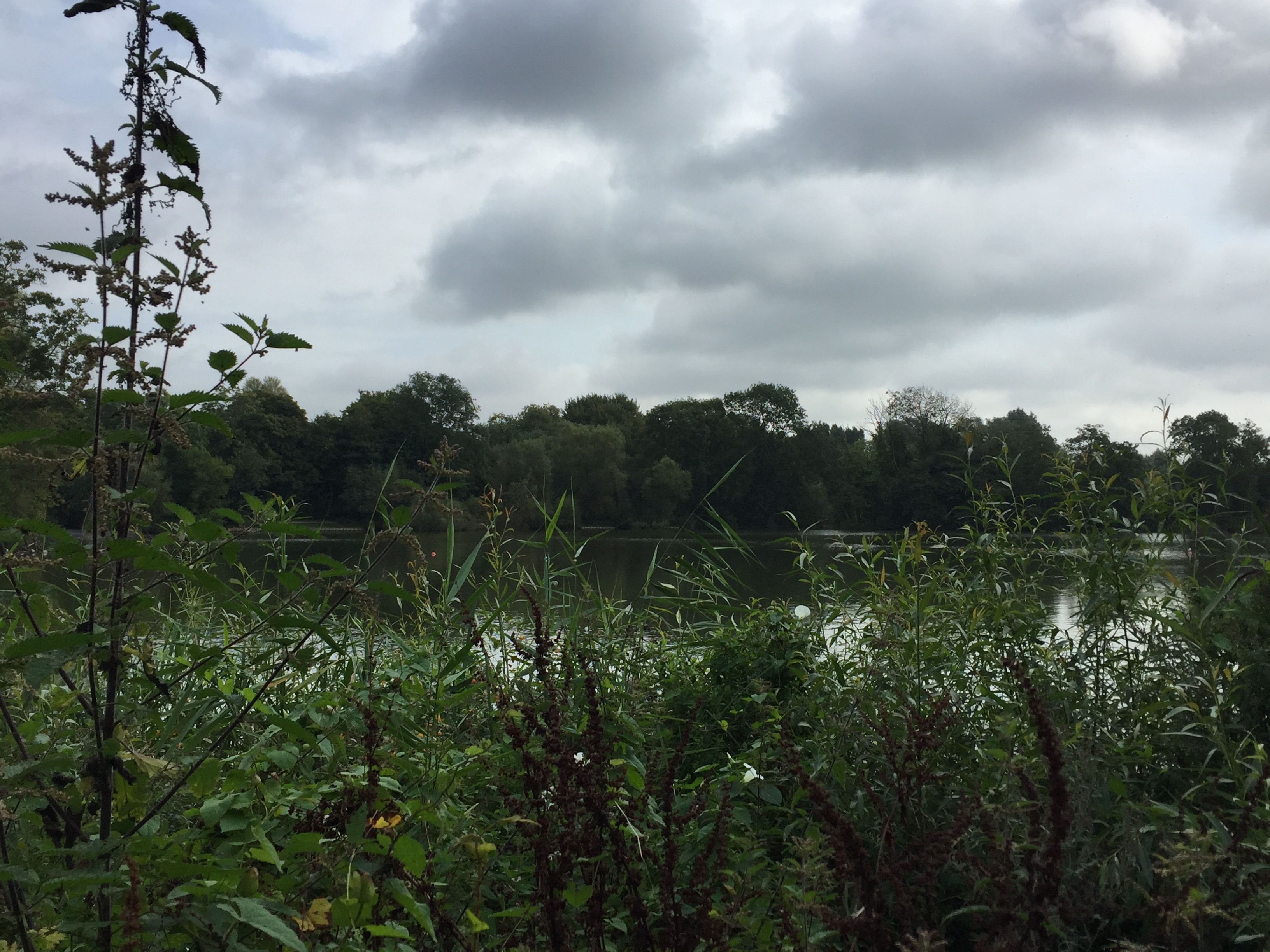 As we reach the far side of the lake we pass through a gate on our right and continue in the same direction along the canal towpath – the Grand Union Canal on our right. We soon pass under a road bridge and then arrive at the Batchworth Lock junction – here we bear left past the lockkeepers cottage and pick up the Ebury Way (also signposted as Cycle Path 61), passing a sort of canal spur with houseboats moored on both sides, to enter a lovely tree-lined path. 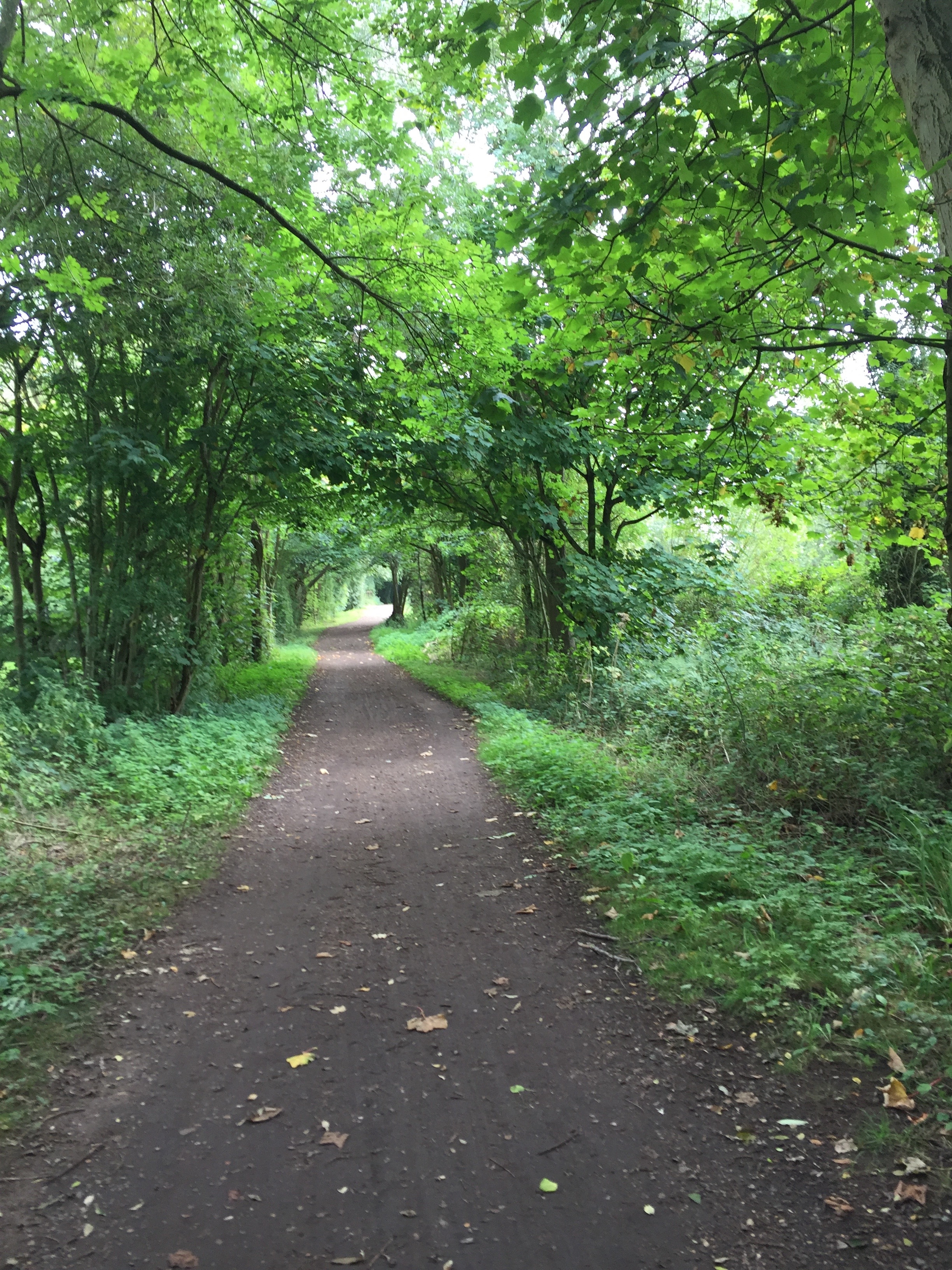 After a while we cross the canal on this path and continue straight on, soon coming to an industrial estate on our right and Croxley Common Moor on our left. 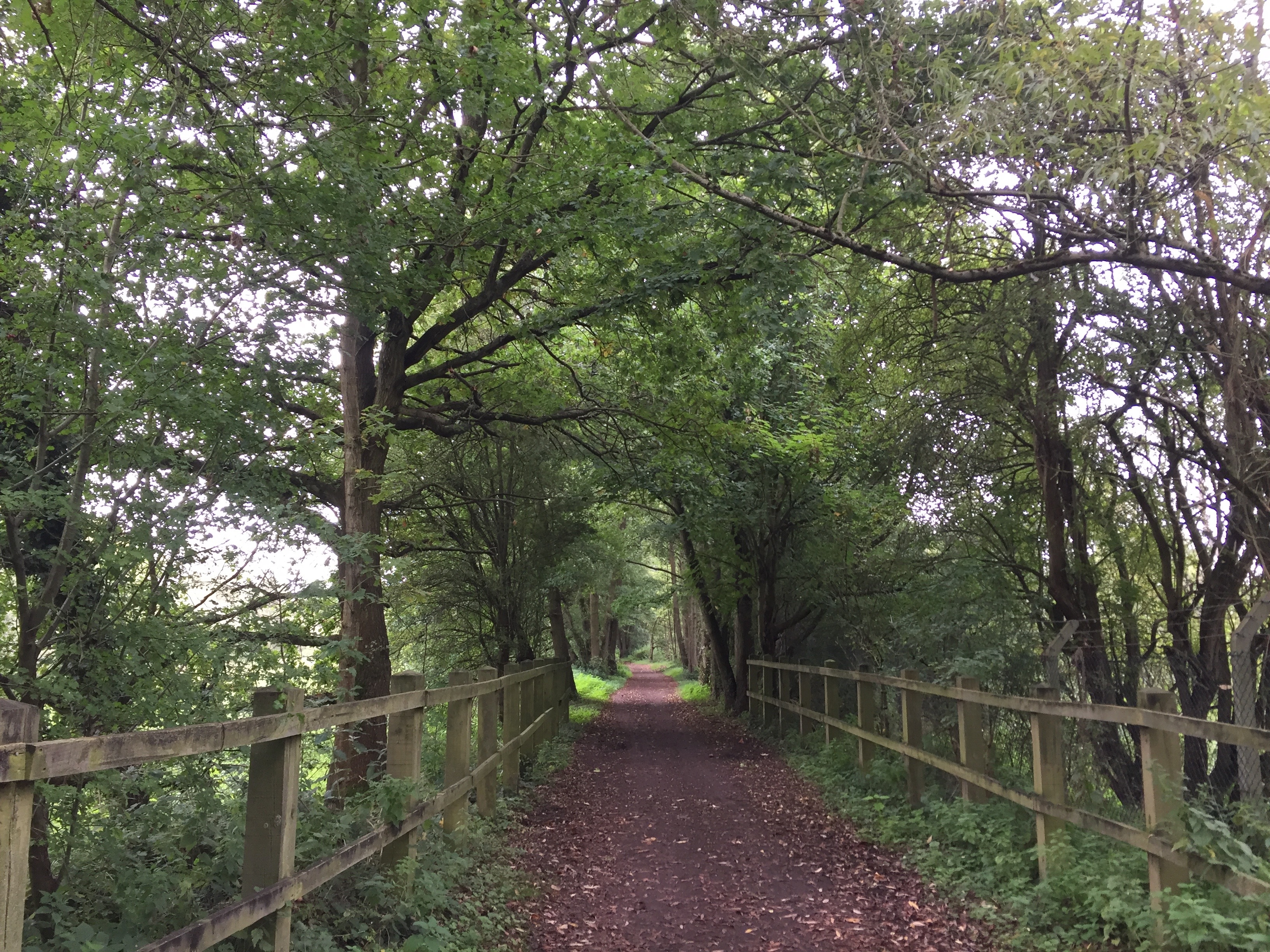 After a few minutes we take a path through a gate on our left across the common – which is indeed very much a moor in it’s look and feel. 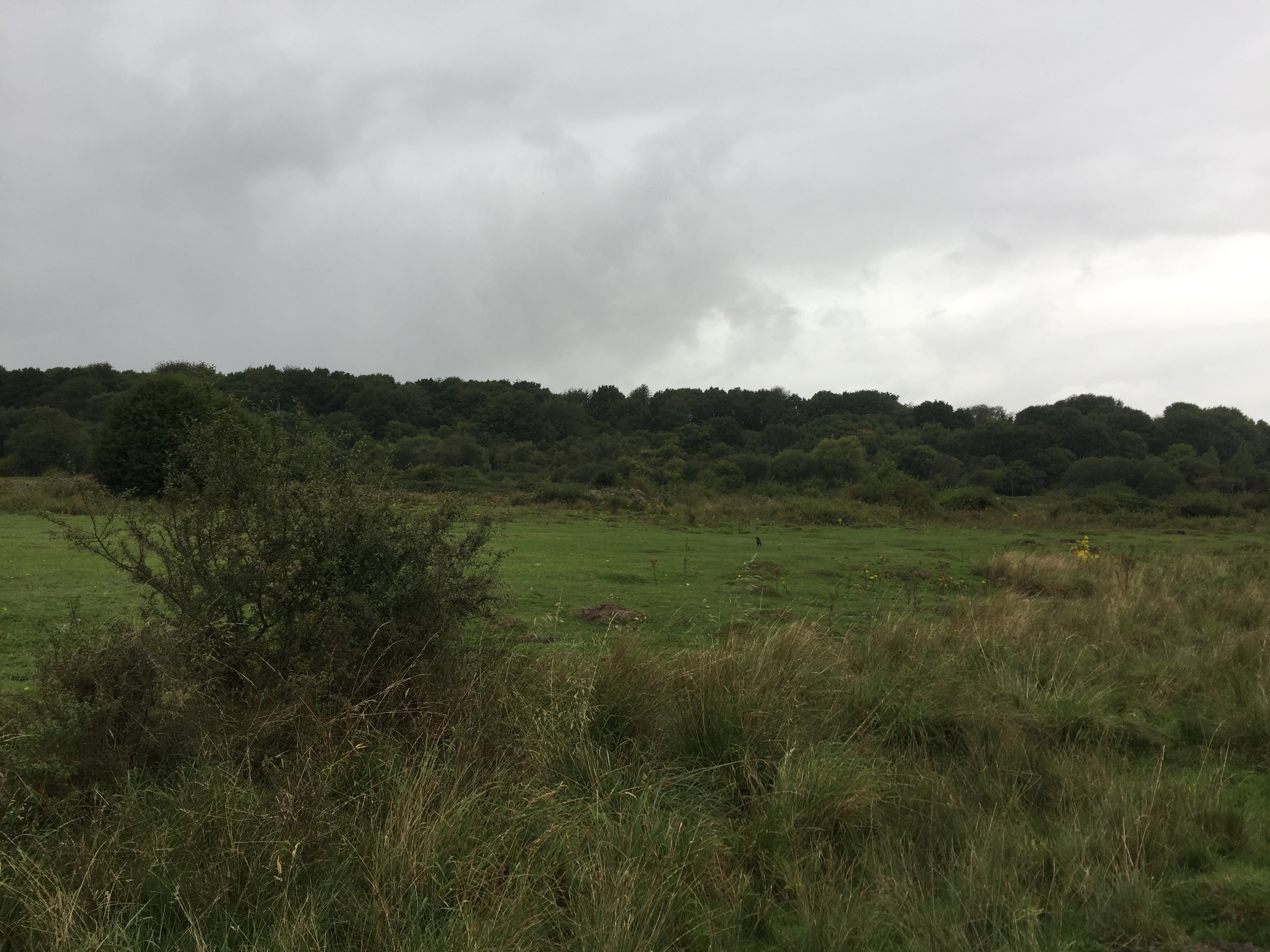 Going straight on here we come to a river and then the canal, both of which we cross, turning left to follow the canal towpath back – with the Grand Union canal now on our left. We carry on along this path for quite some time – taking shelter from a particularly heavy (and unforecast!) shower of rain. 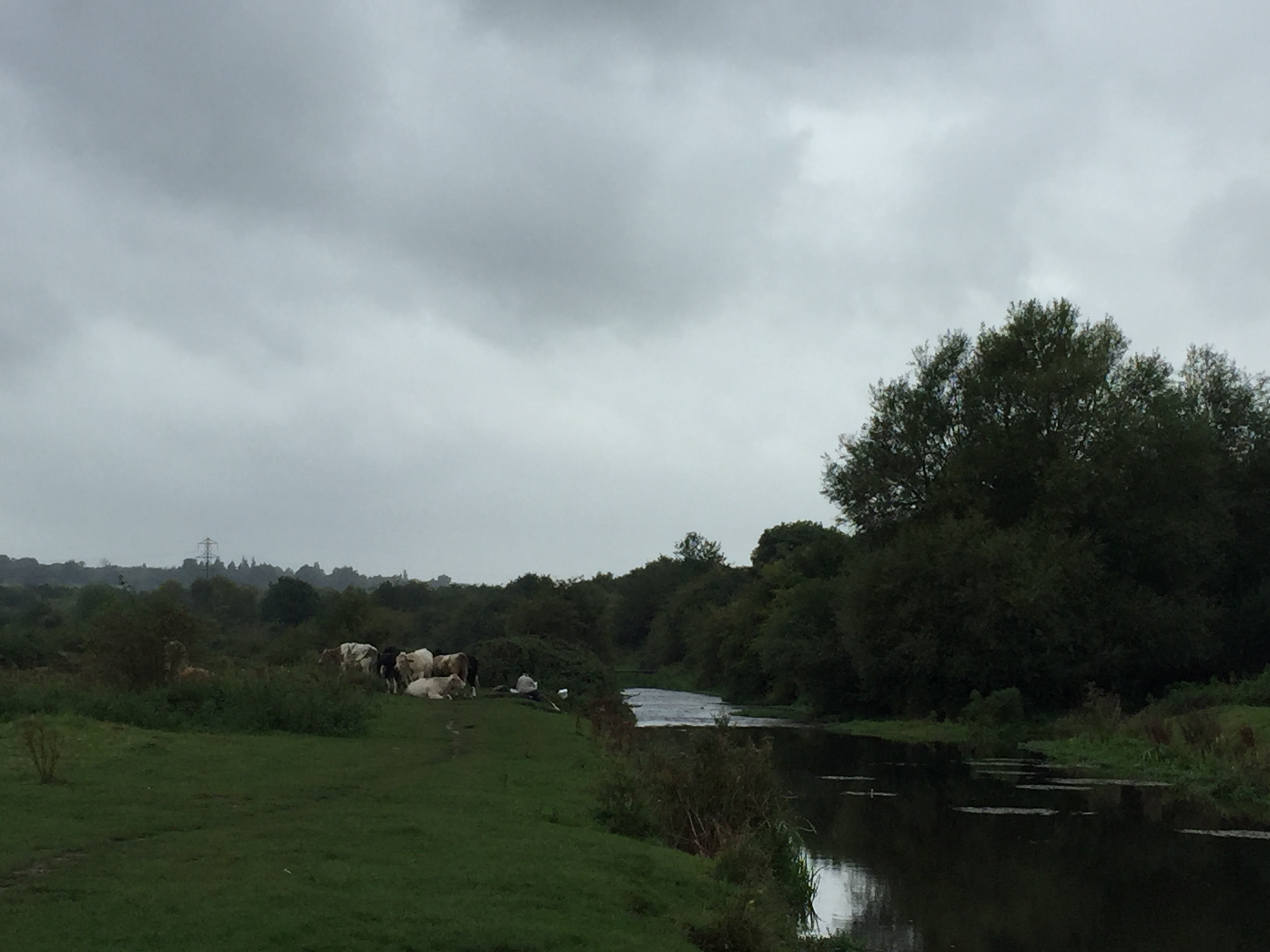 Eventually we re-pass the Batchworth lock and take the path we were on before, at the south side of Batchworth Lake, just after the road bridge. At the far end of the lake we take a path left towards the car park which we can just glimpse through the trees, and turn right onto the paved path just before it to head to the cafe.

Here we take a seat outside at the back – under cover of the large awning but benefitting from the mild fresh air. After a delicious burger, soft drink and yummy coffee we head home. Fab!