In short: a lovely local walk combining an old favourite – the River Lee Navigation – and the newly opened Walthamstow Wetlands. Very dry and very flat so a straightforward walk. Beautifully appointed public toilets and super cafe in the Wetlands. (Toilet also available at Stonebridge Lock near the car park at the start). 3hrs 10 mins walking + 40 mins pitstop including browsing in the little shop. 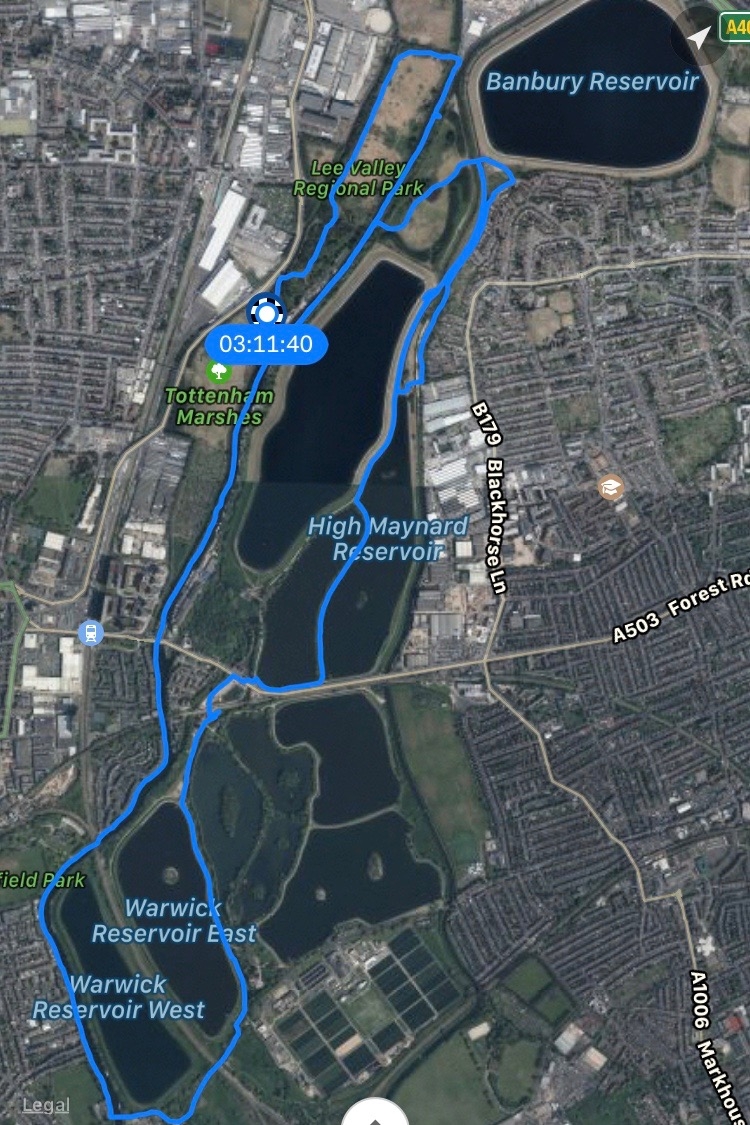 We start by parking at the Tottenham Marsh car park in the Lea Valley Park, approx postcode N17 0XD. This car park is just off the most unprepossessing road through an industrial estate just north of Tottenham Hale. However views all around (away from the direction of the road) are really surprising.

From the car park we cross the access road and pass through the gate onto the path through the marshes – and straight away we could be anywhere! 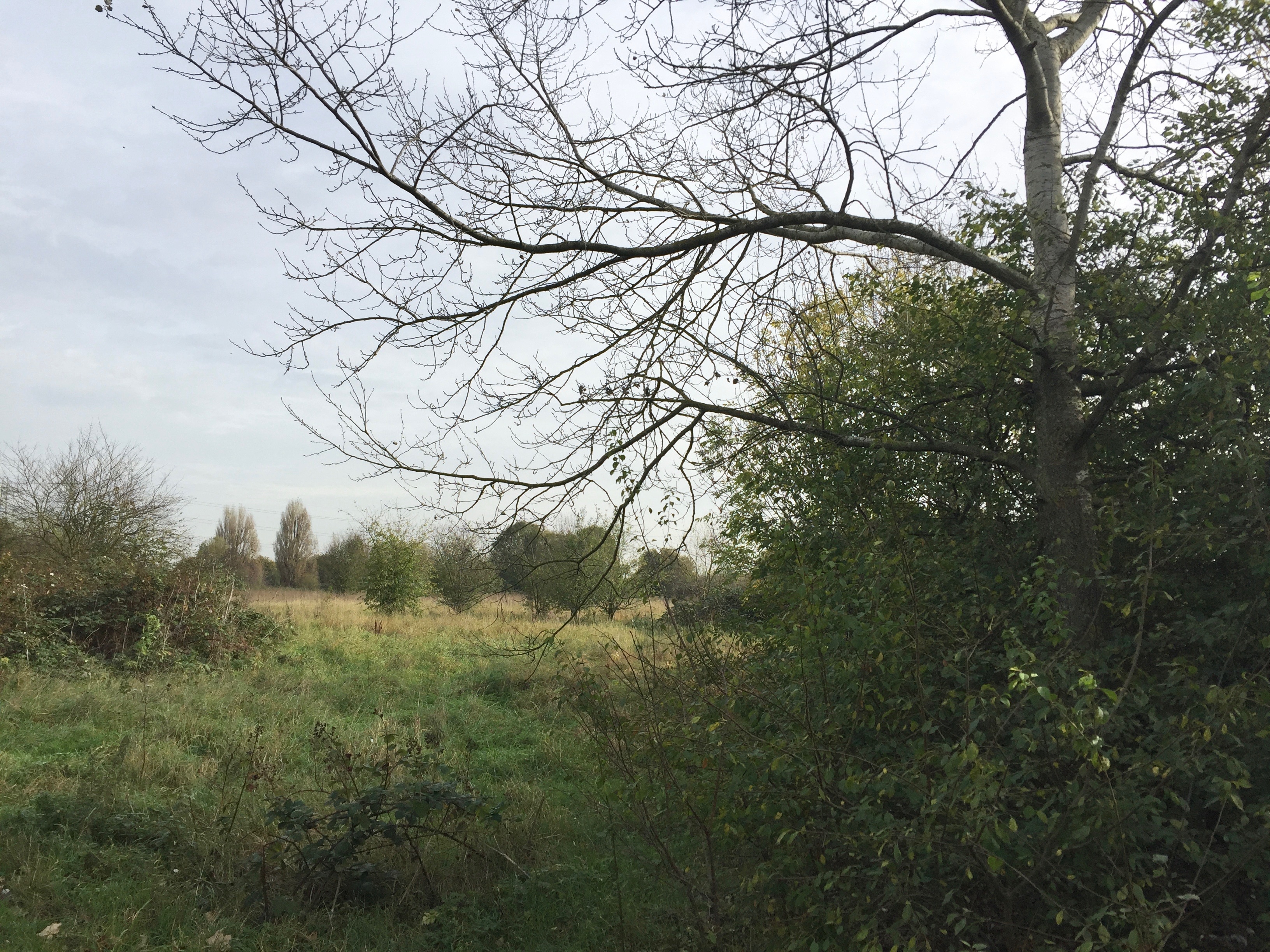 We follow the path towards the road and then veer right to head away from it; at a junction of paths we turn left toward the north end of the marshes. At the top – as we meet a path running left to right we turn right towards the canal where we cross a bridge to the towpath on the far side of the canal. 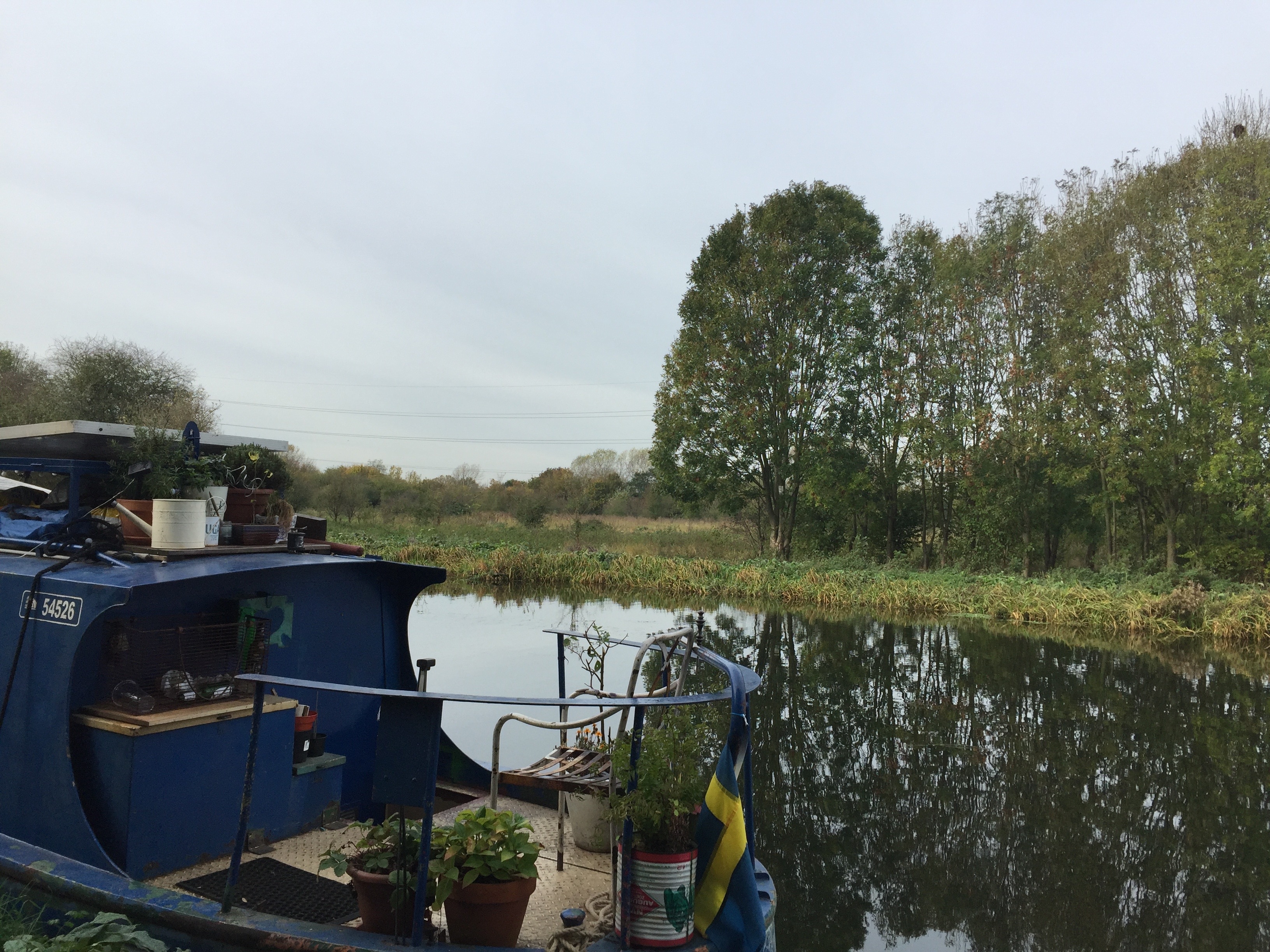 We now head back south with the canal on our right until we reach Stonebridge Lock where we have to cross to follow the towpath on the far side.

Shortly after, we spot a tell-tale flash of blue hopping from boat to boat on the far side – a divine sight on this still grey morning! Inevitably it’s completely impossible to capture the kingfisher on camera though… 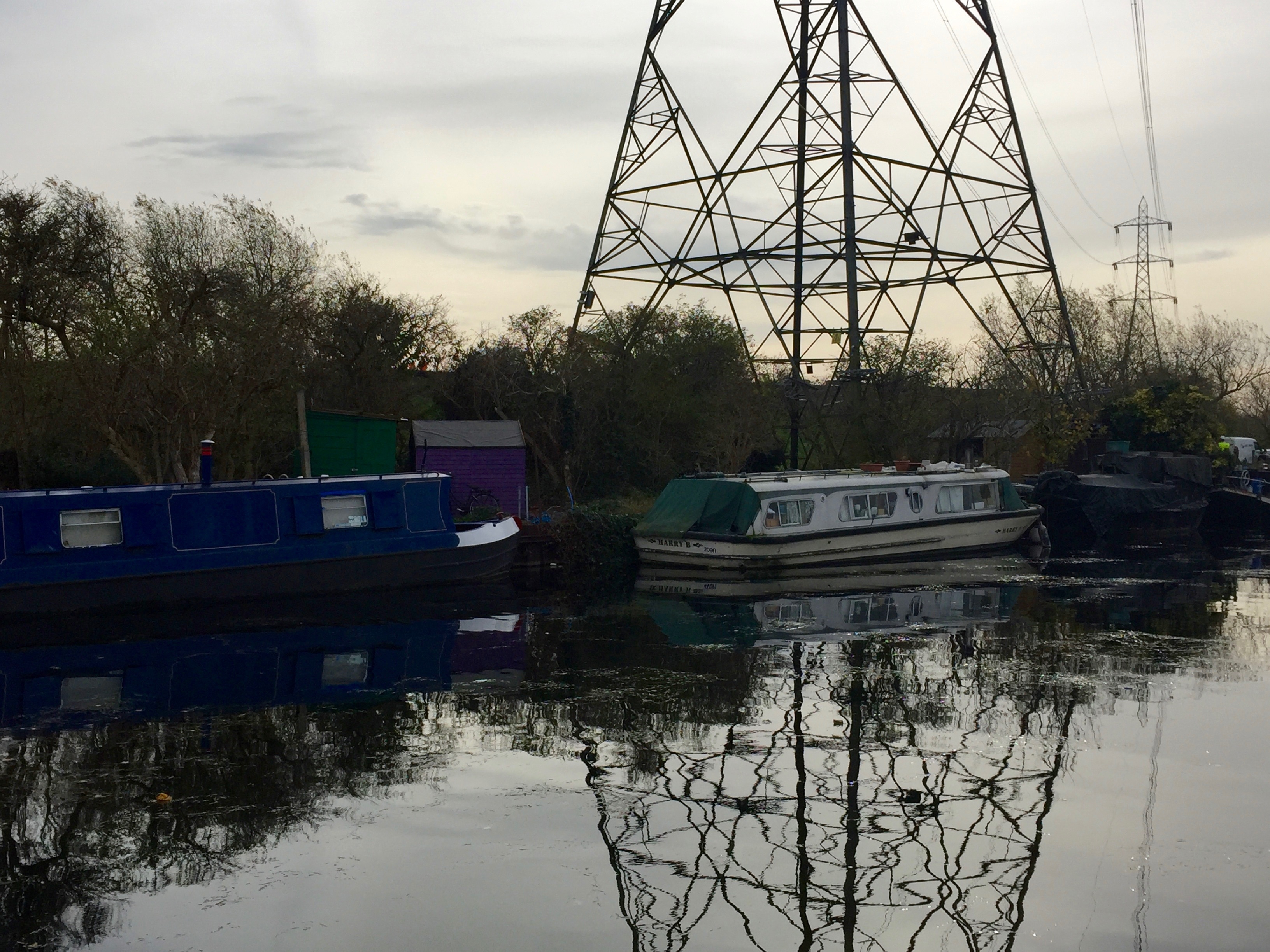 After a short while we pass under the main road opposite some derelict(ish) industrial units, and continue past some flats, under a couple of railway bridges and Markfield Park. 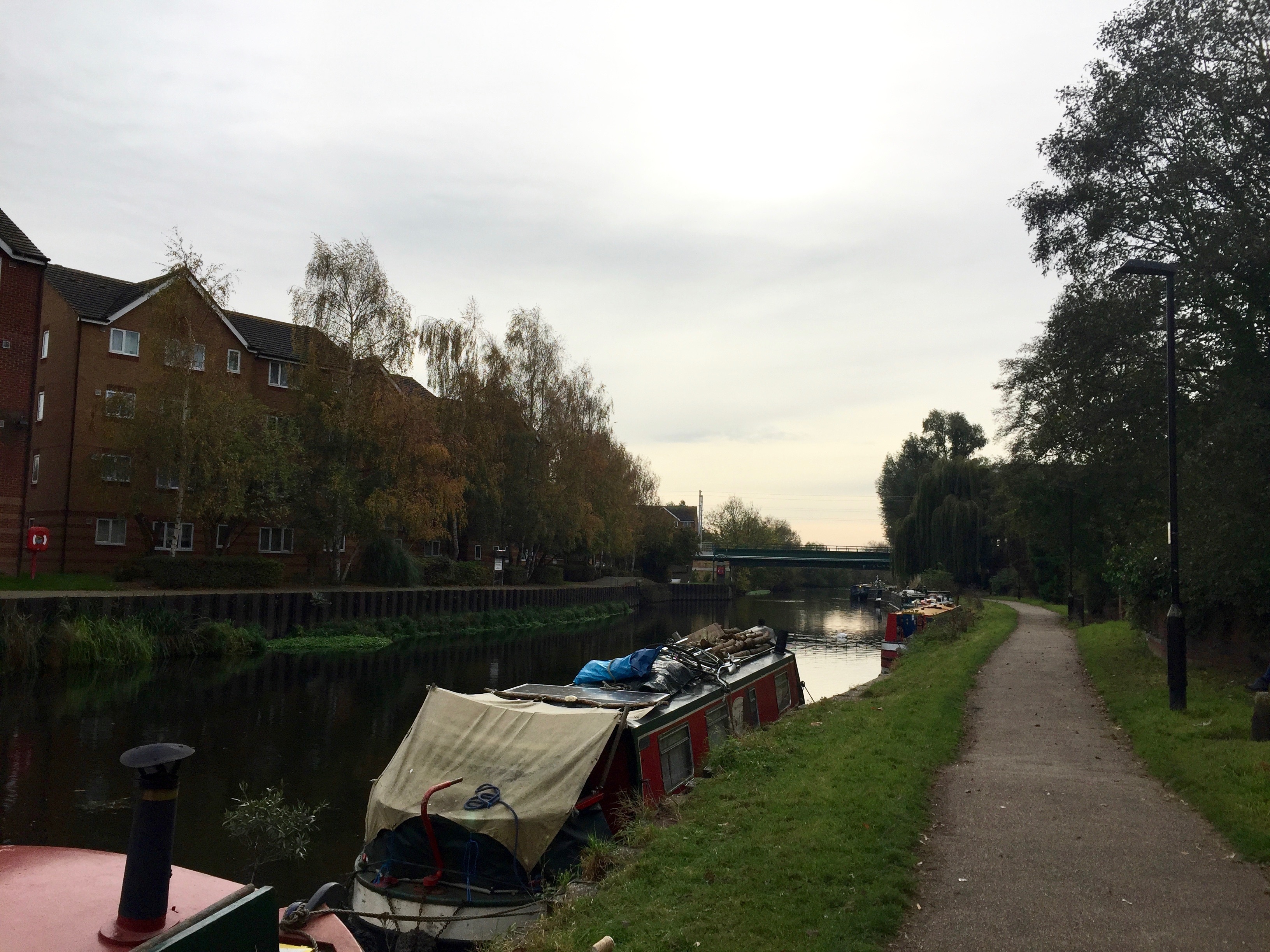 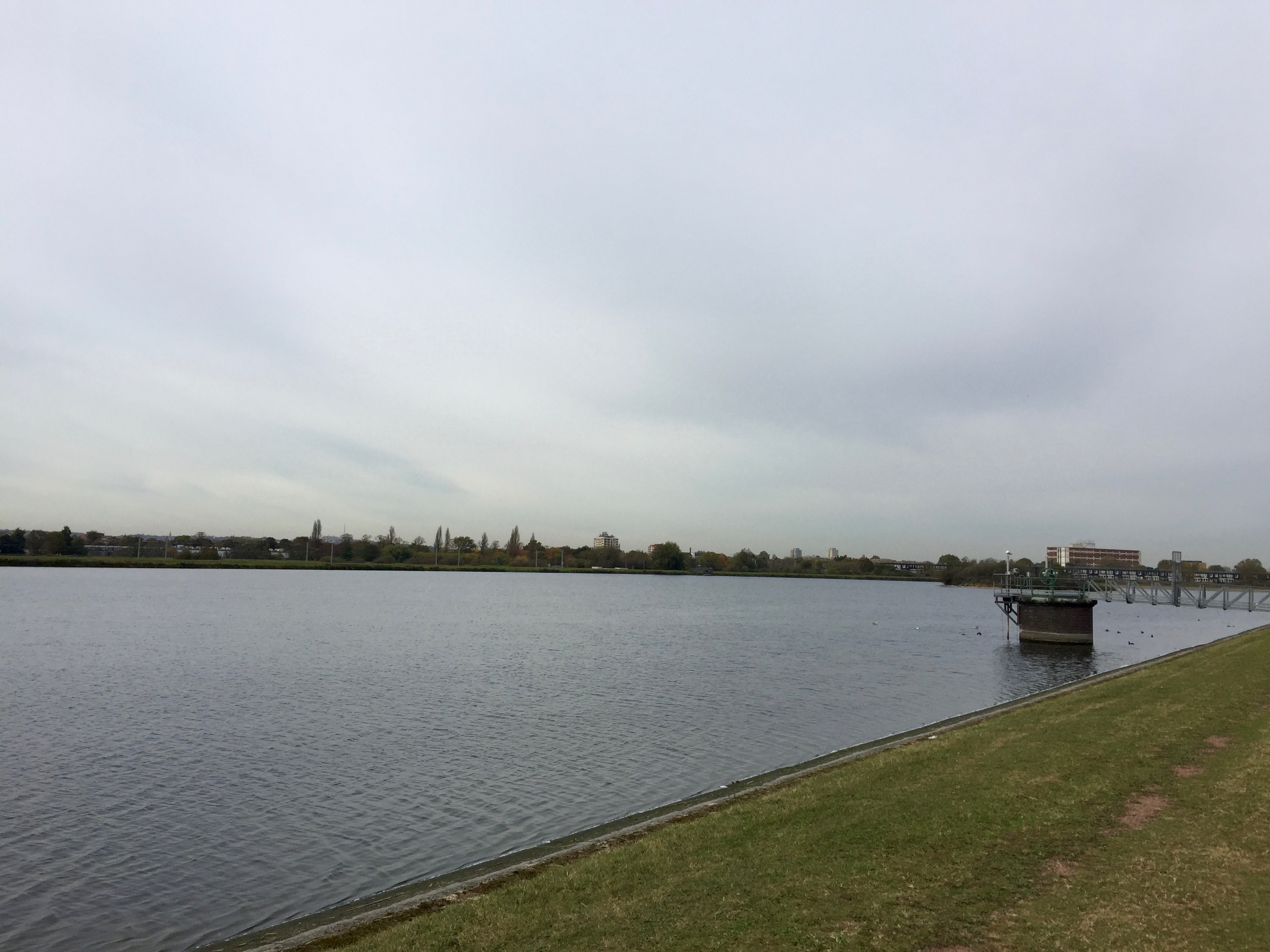 We walk along the new track through the middle of the wetlands – beautifully surfaced and very accessible for wheelchairs and pushchairs – however just at the moment the views aren’t the best as the reservoirs on both sides are at raised levels. We decide to climb a set of steps on our left and are rewarded with immense expanses of water on both sides. 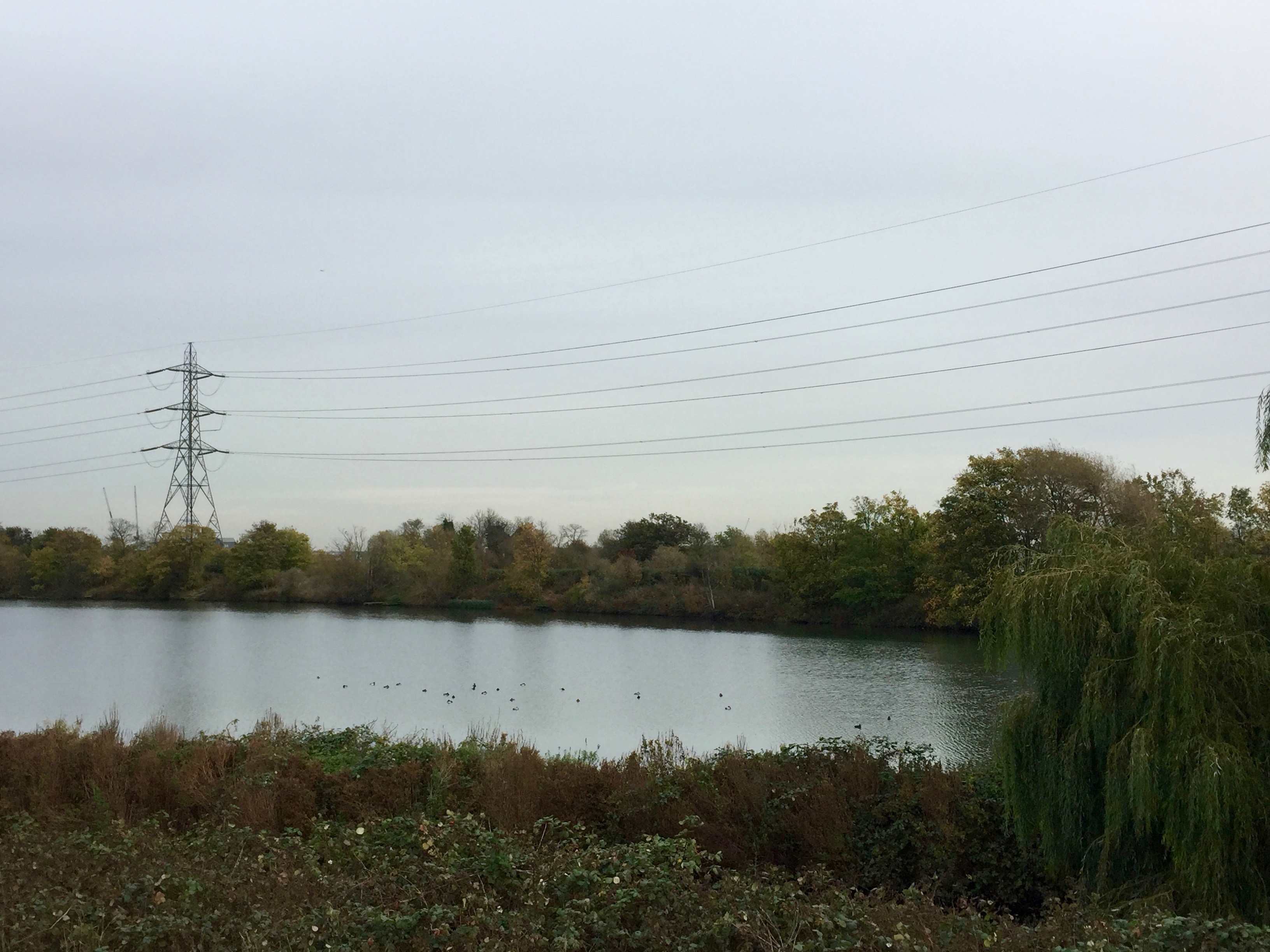 The reservoirs on the left are huge but those on the right have obviously been allowed to go wild a little longer and are softer around the edges. This whole area is fabulous but will be absolutely amazing in a couple of years!

At the top of this reservoir we go down to the level of the track and continue straight on alongside a wide stream towards the main pump house building ahead. 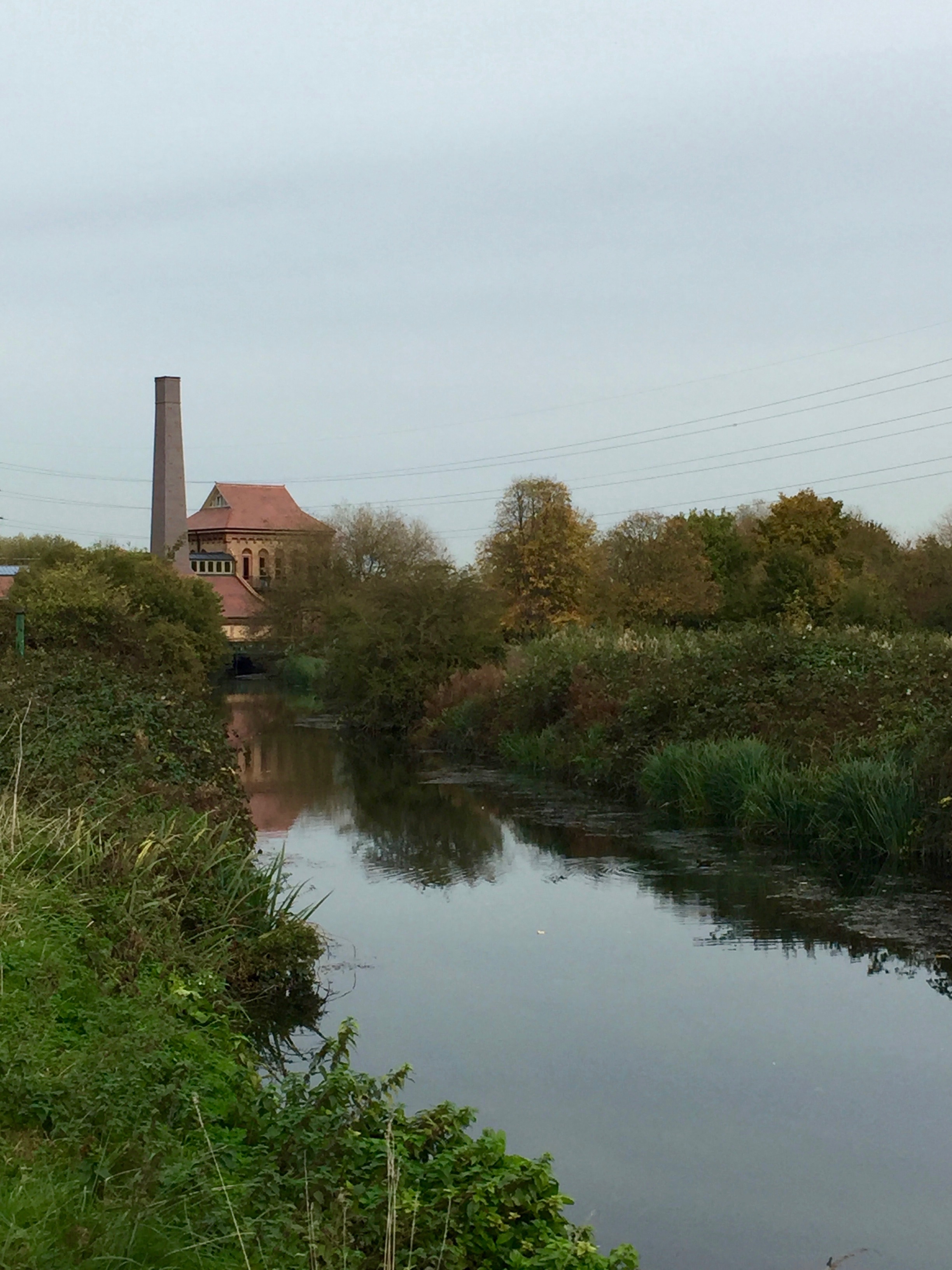 This building has been beautifully restored and now houses an information centre, smart public toilets and a gorgeous upmarket cafe. We are a little too late for breakfast so settle for avocado on toast with a lovely coffee on the deck outside. A terrific pitstop… 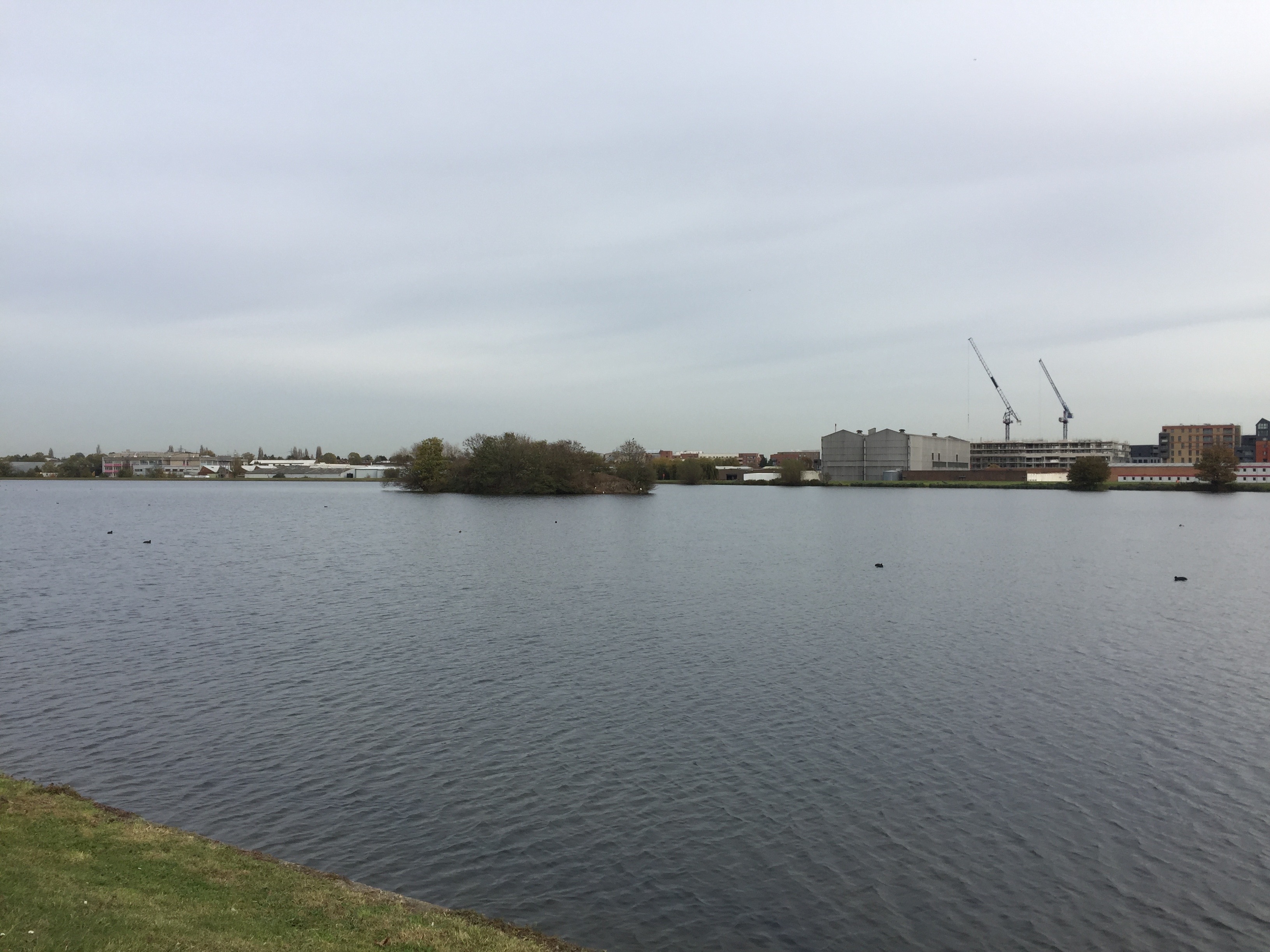 We continue on through the Wetlands under a bridge and out to a path beside the car park towards the main road which we cross and re-enter the Wetlands. Here we turn right to walk around another reservoir – keeping the water on our left and turning left to walk between the two large reservoirs. 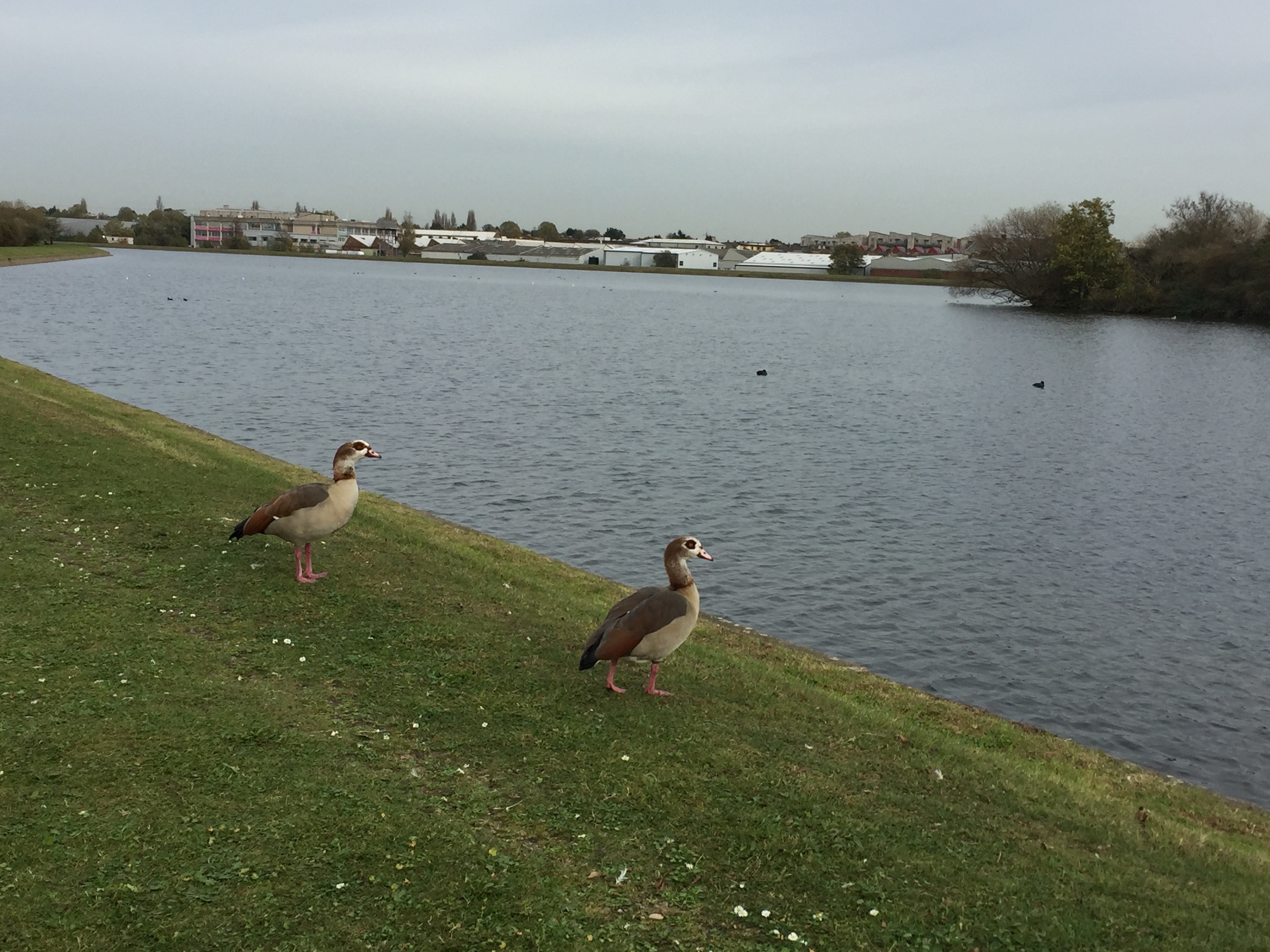 Industrial buildings on the far right hand side of the reservoir with huge expanses of water all around – it’s surreal and quite stunning. 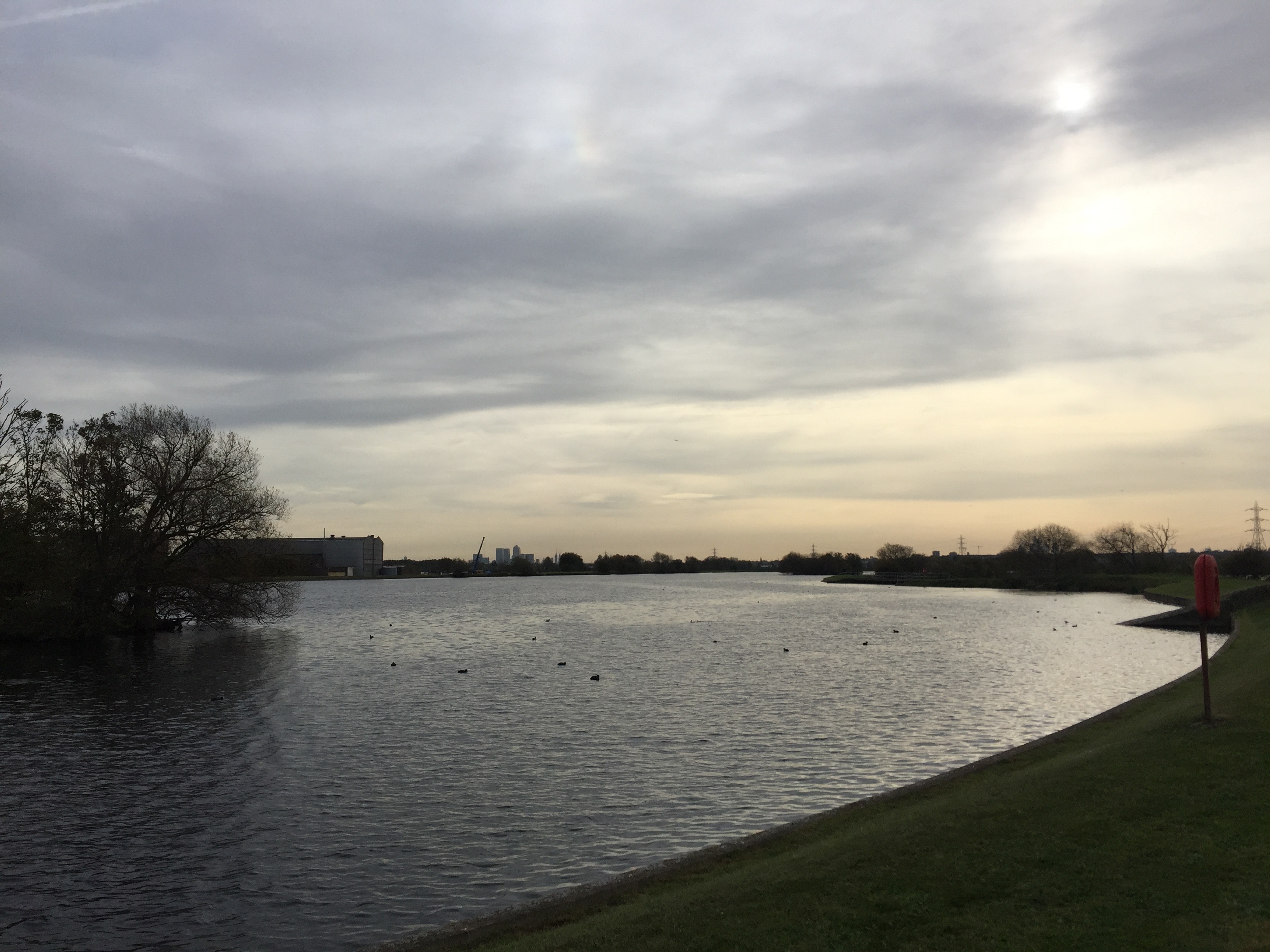 As we reach a junction of paths we turn right to reach the top end of the Wetlands passing the final reservoir raised up on our left. We have already been told at the information centre that the paths within the Wetlands do not join up with the Lea Valley paths but we can’t continue around this top reservoir as there is construction work taking place on the path and we see a track continuing on towards a gate some distance ahead. It seems that according to our tracker maps that this is indeed the joining point for the two parks and we walk along to see if we can get through.

Unfortunately on reaching the gate we find it’s padlocked (how utterly ridiculous is this – the Lea Valley path is on the far side!!) and we retrace our steps all the way back to the Wetlands entrance that we passed now on our left.

We leave the Wetlands and turn left onto a footpath passing the backs of houses and allotments. The path joins a road, Travers Close, at the edge of a housing estate at the end of which we follow the footpath sign for the Lea Valley park and then turn left at a junction towards Tottenham Marshes.

We pass another reservoir on our right – and the locked gate (grrr) – and re-enter the marshes area. We bear left across this meadow-like space – with bales of hay giving a really rural feel to our surroundings. 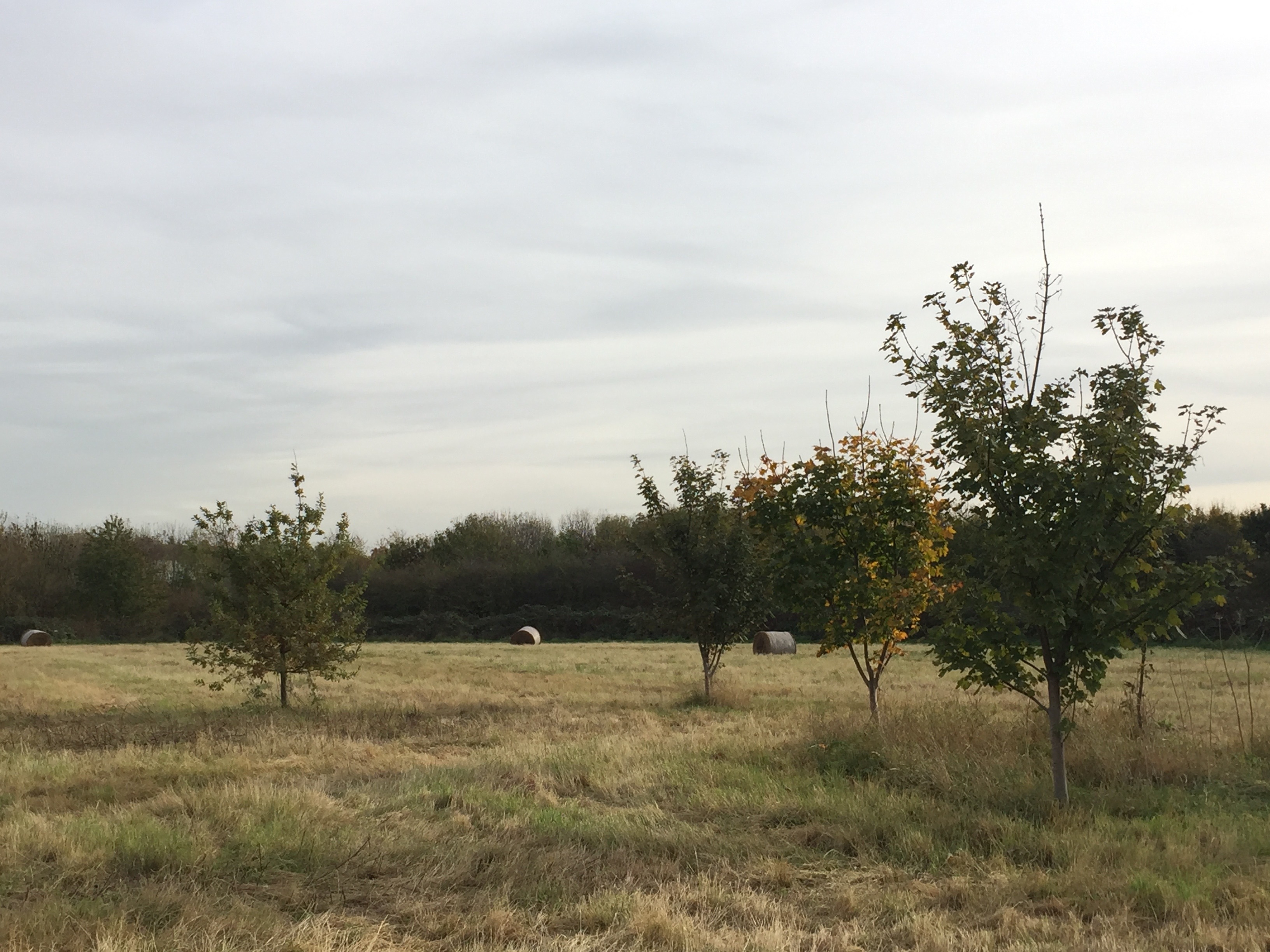 We cross a bridge to reach the towpath where we turn left to follow the canal now on our right. 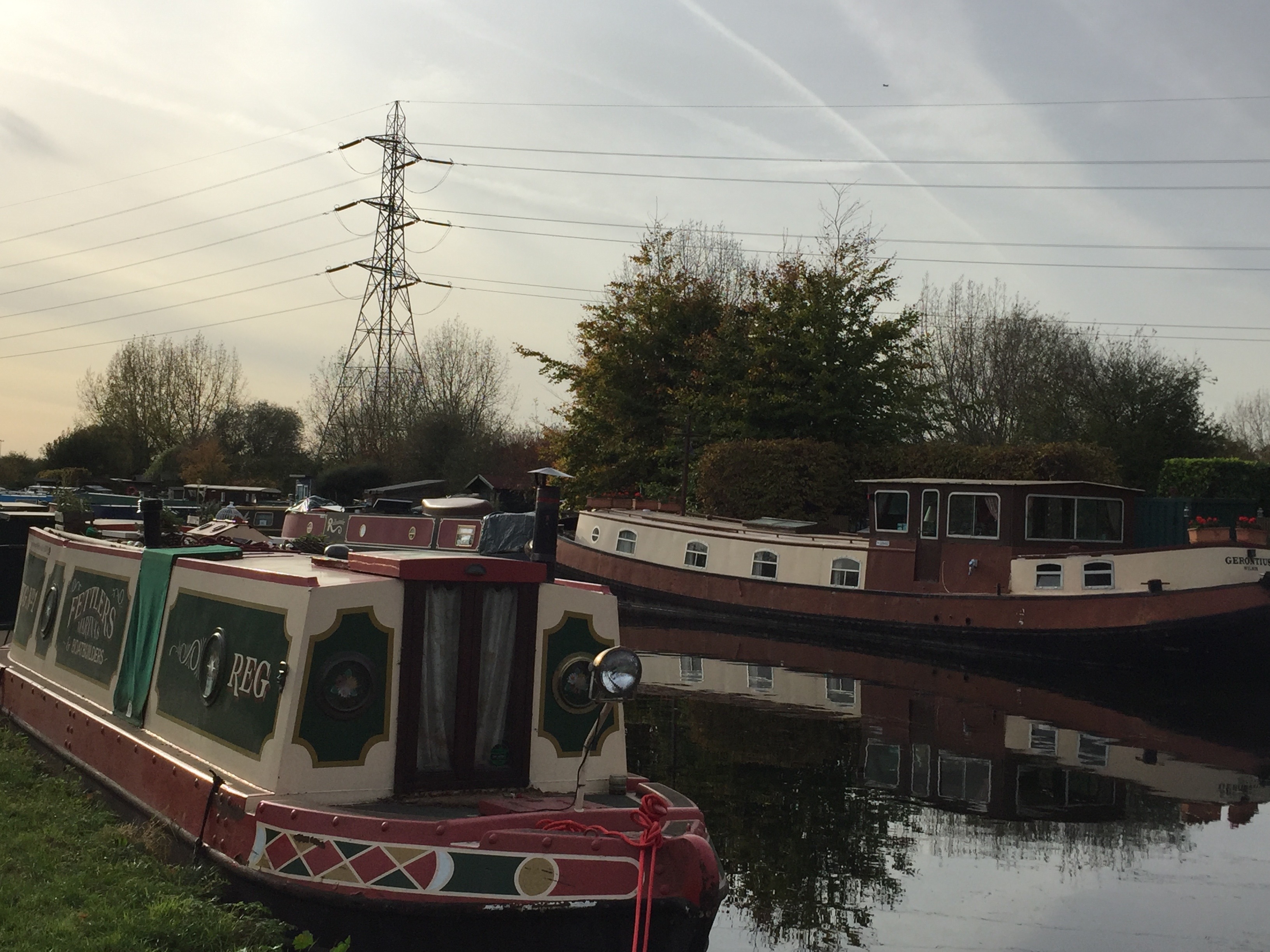 Shortly after we return to Stonebridge Lock where we cross to return to the car park. 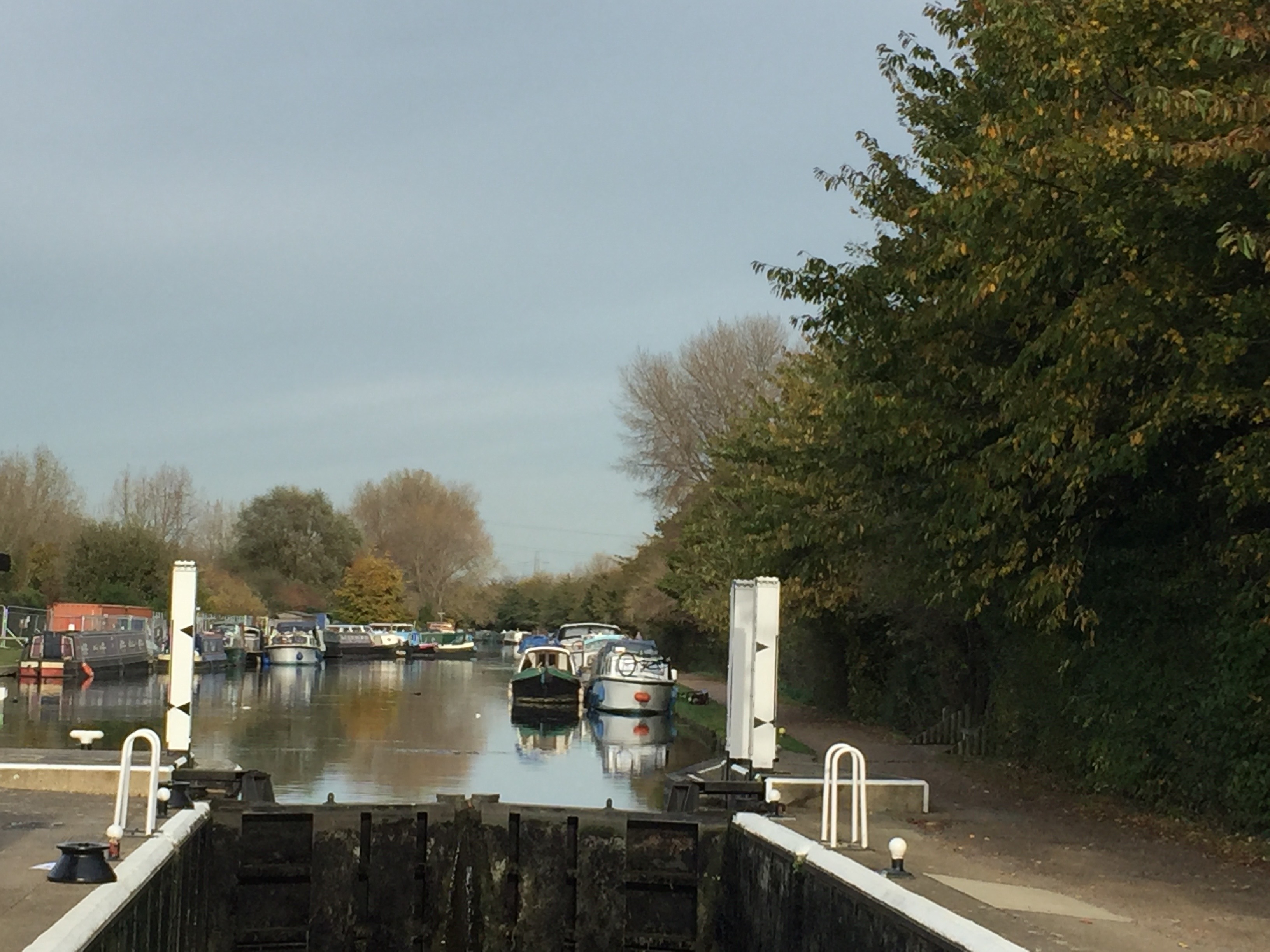 This is a really great walk – rural and urban mixed – it has amazing potential going forward once the landscaping softens. It would be really terrific if Walthamstow Wetlands and the Lea Valley Park could communicate and open up that gate between the two of them – who knows maybe next time?!